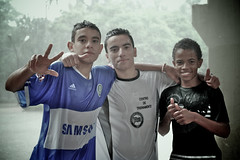 For many parents, it is difficult to understand why an adolescent who has their whole life in front of them, would consider ending it prematurely through suicide.  As children make the transition to teenagers, they become more private and generally stop sharing their thoughts and feelings as openly with their parents.  This can make it even more difficult to gauge when normal teenage angst develops into clinical depression, an anxiety disorder, or suicidal tendencies.

Many factors may contribute to teen suicide. Compared to the stress and pressures of adulthood, teenage problems may seem small and unimportant to us.  Things like not fitting in at school, being bullied, and losing friends and first loves are just a normal part of growing up to most adults.  It is often hard for us to remember that these normal things often carry a huge emotional toll for teens.  We know that her boyfriend breaking up with her isn’t the end of the world, but it can feel that way to her.  We can see that not making the basketball team doesn’t mean he won’t be successful in life, but it can feel that way to him.

As the third leading cause of death for those aged 15 to 24 and the fourth leading cause for those aged 10 to 14, suicide is a serious issue for teenagers.  A survey of high school students showed that more than half of them had thought about suicide and almost 10% admitted to trying it at least once.  No matter how well-adjusted you think your teen is, it is important to know the warning signs and when to intervene to keep your child safe.

Who is at Risk?

Adolescence and the teen years are a time of turmoil and rapid change.  Between forming their own identities, learning to deal with new sexual feelings, struggling to figure out where they fit in, and the pressure to perform in school, teens can easily become overwhelmed.  If teens feel like they don’t have a reliable support system or if they lack healthy outlets for dealing with their tumultuous emotions, it can leave them feeling disconnected and alone both of which increase the risk of suicide.

For many teens who attempt or commit suicide, this desperate act comes directly after a stressful event in their lives like the end of a relationship, death of someone close to them, parental divorce or separation, or something they perceive as a life altering failure like being cut from a sports team or doing poorly in school.

Teenagers, especially girls, who were subjected to any kind of abuse as children are more likely to attempt suicide.  In general, girls are more likely to think about suicide and are twice as likely to attempt suicide as boys.  However, boys are four times as likely to succeed.  The risk of suicide increases when there are guns in the home which means parents need to maintain safe storage practices for all firearms even when their children have grown into teens.

Here are other factors that increase the risk of suicide in adolescents and teenagers:

In order for parents to be able to protect their children from suicide, they need to know what to watch for.  Here are some of the warning signs that your teen may be suicidal.

What Parents Can Do

The most important thing parents can do is talk to their children and listen when their children talk to them.  Many teenagers who contemplate suicide feel like no one understands them or cares about them.  Talking to your teen about their lives, expressing your love for them, and ensuring your teen knows you are there to help, no matter what problem they are facing, all help reassure them that you are there, that you care and that you want to understand.

When your teen opens up, don’t minimize, judge, or dismiss their concerns.  Regardless of whether or not you think her failure to make the cheerleading squad is a life or death situation, she might and downplaying her emotional reaction only shows her you don’t understand what she is going through.

Pay attention to your parental intuition.  If you feel like something is wrong, don’t downplay your own emotions either.  Ask your teenager about what is going on in their lives, what they are concerned about, and share your concerns with them.  Talk in specifics rather than generalities.  Listen to what they say and don’t say.  Don’t talk over them, interrupt them, correct them, or be dismissive of their concerns or problems.    Ask the other people in their lives like teachers, counselors, and friends.  Don’t shy away from the “s” word.  If you are concerned about suicide, ask directly and invite your teen to participate in an open discussion on the topic.  Get help right now.  If you have concerns about suicide and think there is a possibility of your child being a danger to themselves, don’t wait.  Find a mental health professional to assess your child today.